contact Krystal Weir [email protected]
Expression of Interest!!! Laser 4.7 Girls Transition x6 week program
AN opportunity to up skill into a new class from an Opti, Cadet, Minnow, Open Bic or any other junior class. Great way to learn the right skills from the start! Starting in April. Over the past year Victoria has had a team of girls aged between 14-16years old sailing together building sailing skills, knowledge and friendships.
Email [email protected] for details. Charters are available if requested.
Venue: RBYC Royal Brighton Yacht Club – 253 Esplanade Brighton
Dates: 23rd April, 30th April, 14th May, 21st May, 28th May, 4th June
Time: 9.30-12noon

These transition session into the female vic laser 4.7 team. Happens only once per year.

If you need a boat please contact me and I can look to arrange a charter.

Purpose: To provide a fun learning environment for the next generation of female Laser sailors & to impart as much knowledge as possible. Bridging program to gain qualification to the Victorian Sailing Team & VIS.

Note: I will be coaching at WOW women on water at Westernport.
Please refer to previous calander for LG 4.7 Program. 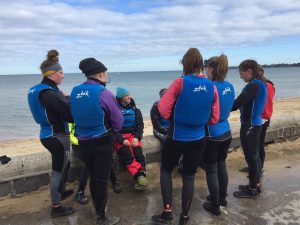